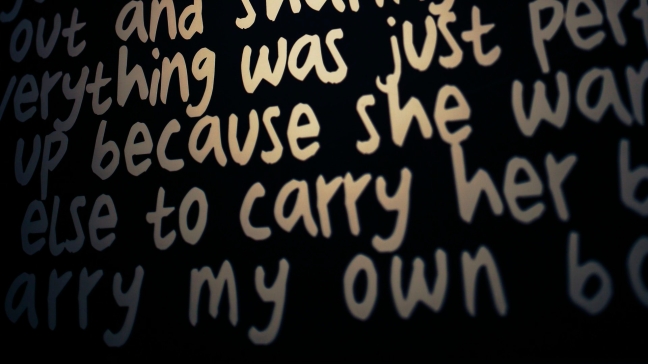 Openings matter. They’re the elevator pitch of your novel, the tasty little appetiser that will keep your readers—and your publisher—wanting more.

So don’t ruin it with a poor choice of opening lines.

Look out for these three worst-case examples that the editors here at UGLYdraft have encountered, and upgrade your self-editing game.

Polish your work to a diamond finish with our ultimate 9-step guide to self-editing your novel.

1) The Bait and Switch

Imagine you wanted to order something online. You do your research, you find a supplier, plug in your details and patiently wait for it to be delivered. With more than a little anticipation, you cut open the box, pull out the packaging and… discover it’s not what you expected. Or worse, the wrong product altogether.

You’d be pretty annoyed, right? So why would you do it to your readers?

The Bait and Switch is an opening that promises something to the reader—action, emotion, excitement—and then just as quickly takes it away again.

I’m talking about openers that turn out to all be a dream, or to be a story within a story, or to be an over-reaction from the characters.

It can be a tempting technique to use, because it can feel like you’re being clever or mysterious, or that the suddenness of the illusion being shattered will entice your readers further.

It’s disrespectful to your reader, and is a quick and easy way to make them put down your books within 30 seconds of picking them up.

Instead, consider why you’re using a bait and switch in the first place. Why do you need to hide the beginning of your story like this? Can’t it be exciting enough on its own?

Pro tip: Delete your bait-and-switch, and replace it with something that has the same impact—excitement and action—that is actually true to your story.

“…and Terrence Fortescue lifted his blade high up into the air, screaming his outrage over the corpses of his family. They were barely recognizable through the crackled, blackening skin…”

Abigail grabbed my hand suddenly, and glared at me.

“Don’t you think this is a little too violent for the kids?” she said.

I put the book down. Maybe when their mother wasn’t around, we could finish the story…

Sometimes, a novel needs a little bit of pure exposition, and often the best way to do that without completely breaking up the flow of the novel is with a flashback: a little jump back in time to reveal a piece of knowledge or an action that will help or hinder the heroes in the current moment. Flashbacks aren’t the devil.

Until you use one in your opener.

Hopefully, you’ve spent your writing and self-editing time carefully crafting an introductory scene that has tension, excitement and action. Stuff that keeps your readers hooked.

And now, just as soon as you have your readers’ attention, you’re going to spoil the pacing with a “two weeks earlier…”?

Leave some mystery for the reader. Respect their time and attention.

Protip: If your opening relies on information on the hero’s past, then you need to take another look at where you start the novel. Flash-forwards are a lot more forgiving than flashbacks.

And just as Michael was about to punch Sam in his smug little face, he suddenly remember back to two weeks ago when Sam saved him from falling off his bike…

Here’s an irony for you: trying to impress your audience with overcomplicated and bombastic writing, full of wonderful descriptions and beautiful phrasing does nothing more than bore your readers. You want to grab their attention, of course, but doing that with flowery writing isn’t nearly as effective as you think.

This is known as “overwriting”, and it’s a serious problem in the novel-writing world; especially literary fiction.

Instead, try to forget the pressure of impressing your audience while writing your first chapter. It may seem impossible, but by taking the time to write naturally, you’re giving your author’s voice the chance to shine out, rather than burying it in all those English classes you had in high school. 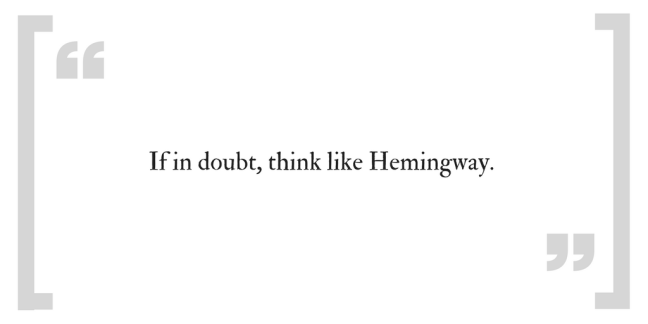 If in doubt, think like Hemingway. Use short, ugly words, and short, ugly sentences. These brutal lines are effective. Extremely effective. They smash your reader in the face with your story, and they have the benefit of being easy to understand too. Don’t get caught out with long complex sentences.

Protip: Say what you need to say. Then stop.

In the days of yore, there has been many a myth and legend based in the ever-complex and -complicated world of what dark creatures fly out under the moonlit sky, but none so wide-spread and horrifying of that most deadly of beasts, that thirster for life, that filthy, crusty sleep under the eyes of God: the Vampire.

For more tips and tricks on making the most of your novel, check out our other writing and editing guides available here.